What do chocolate, lollipops, and strawberries have in common?

We came on the wind of a carnival.

Chocolat (the movie) is a favourite in our household. We’ve watched it many times, entranced by the hint of magic, romance, conflict, and of course, chocolate. Armand’s birthday feast is one of my favourite scenes. Recently, The Strawberry Thief by Joanne Harris popped up on one of my newsfeeds. It sounded interesting so I bought it. I knew it was by the author of Chocolat, but I didn’t realise it was a continuation of that story – which I hadn’t read. So I returned to my local Amazon store and picked up Chocolat (the 20th anniversary edition). The Lollipop Shoes sits between the chocolate and strawberries so I purchased that while I was at it.

Some people binge-watch television series. I binge-read book series. Read one. Read them all, I say. There’s a fourth book in the Chocolat series, but it’s about the priest rather than the chocolate makers so I’ve put it off (this shows that I have a modicum of will-power, yes?). The longer I leave it though the more I‘m curious about the priest’s story. I could be writing a review on that one soon as well.

Back to the Chocolat binge.

To summarise, the series is about Vianne Rocher and her daughters. Vianne arrives in a small French village and opens a chocolate boutique. The store is a treasure of chocolatey delights that lure the conservative villagers in, despite it being Lent, much to the dismay of Father Reynaud. Making heavenly chocolate is just the surface layer of Vianne Rocher’s abilities. A gypsy, witch, defender of the downtrodden, and single mother, she is the nemesis of the pompous Father Reynaud.

Joanne Harris’s stories are well-balanced and Monsieur Le Curie is as complex as Vianne Rocher. It is interesting to see how Harris plays them off against each other. In book three they lock horns again, but as old adversaries they know each other quite well. The relationship has grown and changed with time.

In Chocolat, Vianne upsets the village apple cart (or power base) by offering an alternative to structured village life. She does this through her support of those characters that need it. Her beliefs are staunch. Husbands don’t have the right to abuse wives. People have the right to live as they choose if, in by doing so, they aren’t hurting others. Dogs have souls.

The movie follows the book as well as it can. There are, of course, some differences with the main themes remaining the same.

Vianne, and her mother, wandered the world dispensing their brand of magic and fortune-telling. Vianne’s magic is expressed through her talent and skill in making chocolate. She can tell everyone’s favourite. Her daughter, Anouk, has an imaginary pet called, Pantoufl. Roux the River-Gypsy and his friends arrive and make camp at the water’s edge. Armand is a crotchety old woman who does as she pleases. Joséphine Muscat is trapped in a violent marriage.

Father Reynaud is the main character change. In the movie, this character becomes Comte Reynaud (the Mayor of Lansquenet-sous-Tannes). A powerful figure he uses the local priest to control and maintain his vision of village life. In the movie, he is something of a lay-preacher, someone who feels they’ve missed their calling.

Joanne Harris is a wonderful writer. The story, like Vianne’s magic, winds its way through the heart like a song on the wind. The characters are strong and play their role well on the stage of the provincial French village. Magic interplays throughout with a deft touch. One might think Vianne’s empathetic nature is at play rather than witchcraft. Harris is subtle with her intrigues. Her ability to translate ordinary village life into an involving story is masterful

The Lollipop Shoes: Chocolat book two is another story all together.

Vianne and Anouk have left Lansquenet-sous-Tannes for Montmartre, Paris. Vianne works in a tiny chocolate shop. But things, including their names, have changed. The magic is gone. Vianne no longer foretells futures or knows peoples favourites. Her chocolates are not special and neither is her store. Until Zozie de l’Alba, with her lollipop shoes, arrives in town; ruthless, devious and seductive.

Seeking refuge and anonymity in the cobbled streets of Montmartre, Yanne and her two daughters live peacefully, if not happily, above their little chocolate shop. Nothing unusual marks them out; no red sachets hang by the door. The wind has stopped–at least for a while. Then into their lives blows Zozie de l’Alba, the lady with the lollipop shoes, ruthless, devious and seductive.

With everything she loves at stake, Yanne must face a difficult choice; to flee, as she has done so many times before, or to confront her most dangerous enemy . . . Herself.

From the start, you can tell that book two is going to be quite different. Zozie is no Father Reynaud. She is trouble of an entirely different candystripe.

I found it a bit confusing at first switching from Vianne and Anouk to Yanne and Annie. And then there was a second daughter, Rosette! But my brain caught up with the story and I was soon hooked.

The Lollipop Shoes is set about four years after Chocolat, and a lot has changed – on the surface. Vianne desires a normal life. She wants to provide her daughters with the settled and secure lifestyle she never had. Somewhere between Lansquenet-sous-Tannes and Montmarte, she has turned her back on her past, denying everything that she is and was.

Intermittent flashbacks fill us in on the missing four years and hint at why the family seem to be in hiding. Vianne’s backstory continues to expand and forms one of the intrigues of the story.

The story is well-written and flows so well that any little dips and twirls around plot and backstory soon settle as you’re carried into a new ‘adventure’. I don’t want to give anything away,so I’ll just say that Zozi is a successful con-woman with a deep knowledge of, and interest in, human nature. She also may be something a little more than that…

The Strawberry Thief, presents the third act of this family’s drama

and takes readers back to where it started; the small village of Lansquenet-sous-Tannes. Anouk is now grown and living in Paris with her boyfriend. While the story swirls around Rosette (now a teenager) and her growing talents, Vianne is also dealing with the impact of denying her magic and the departure of Anouk from the family unit.

Vianne Rocher has settled down. Lansquenet-sous-Tannes, the place that once rejected her, has finally become her home. With Rosette, her 'special' child, she runs her chocolate shop in the square, talks to her friends on the river, is part of the community. Even Reynaud, the priest, has become a friend.

But when old Narcisse, the florist, dies, leaving a parcel of land to Rosette and a written confession to Reynaud, the life of the sleepy village is once more thrown into disarray.

The arrival of Narcisse's relatives, the departure of an old friend and the opening of a mysterious new shop in the place of the florist's across the square - one that mirrors the chocolaterie, and has a strange appeal of its own - all seem to herald some kind of change: a confrontation, a turbulence - even, perhaps, a murder...

There is a lot going on in this story and all delivered with Joanne Harris’s polished style. Life has come along way in Lansquenet-sous-Tannes. Vianne is almost welcomed back into the fold. Her old friends and their view of life (less rigid and ruled by the church) are not as brow-beaten as they were at the start. They’ve grown in confidence. The “church-gang” still make their presence felt, but their power has waned. Even Father Reynaud, struggling with his own demons, has had enough of them. Vianne‘s return indicates a readiness to enter the mainstream of village-life. She needs its steadiness and acceptance. When a new, mysterious shop owner across the way moves in, her inate witchy senses warn her that trouble is afoot.

Joanne Harris delves into the lives of the people around Vianne in such a way we are drawn past the mundanity of village life to the rich stories lying beneath the surface. Narcisse the old florist, Father Reynaud, Rosette; each are deftly treated and masterly crafted.

If you’ve only seen Chocolat, the movie; it’s time to read the book. If you’ve enjoyed book one, you’ll enjoy The Lollipop Shoes and The Strawberry Thief.

The Podcast & the Documentary

A journey is a person in itself; no two are alike. 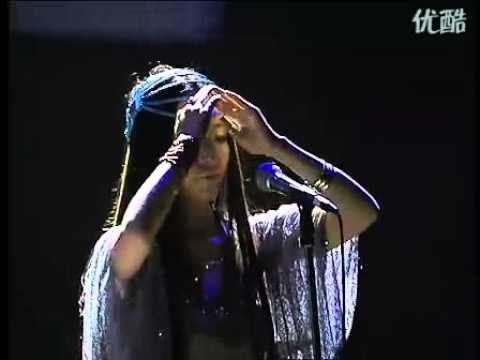 March article round up - magic, myth, and fantasy

Writing from the personal: correspondence and journaling

Hidden from View - restraints on Social activity in Australia